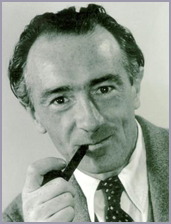 A discussion between Daan Kromhout and Henry Blackburn.

From an interview conducted in September 2010

HB: Archie Cochrane was a pioneer in our field. He didn’t start out in our field, but he eventually became head of the Epidemiology Medical Research Unit, where was it, in Cardiff?

HB: And trained a number of people who worked in cardiovascular epidemiology, Higgins and Miall and others. I had very little relationship with him so I thought it would be nice to bring out your contacts with him, how it happened.
DK: I met him in 1975 at the 10-Day Teaching Seminar on Cardiovascular Disease Epidemiology in Mexico City and he was among the faculty members there. Other persons in the faculty were, of course, Jeremiah Stamler and Rose Stamler and Geoffrey Rose and Richard Remington. He (Cochrane) was really an excellent teacher and he preached to us that we had to do randomized control trials. He was a real trialist and he really promoted to carry out trials. He did that in the UK, but also world-wide.

The nice thing was that after the seminar, before I made a trip to the US I was an additional day in Mexico and on the Saturday morning I went down to the breakfast room and was just eating my breakfast when Archie came in and sat down, “How are you doing today?” And I said to him, “Archie I stay here and tomorrow I go to the US to San Antonio but today I’m here. And he said, I’m here today too, and tomorrow I fly back to the UK so shall we spend a day together?

We went to museums and the connection with him over the whole day was really fantastic. He was continuously teasing me about my interest in nutrition and health because according to him, that was not science. And of course I was suggesting that several things had been discovered in nutritional science like vitamins. And then he said to me, “But Daan, that’s a wrong interpretation because that’s not nutrition, that’s biochemistry. And he was really teasing me, but we had a wonderful time together. Later on I could also accept an invitation to visit him in Cardiff and have been to his beautiful house and garden. He even invited me to come to work in Cardiff but I was working, at that time, on my PhD thesis and had to finish that. After that period, I lost contact with him and of course, not very long after, he died.

HB: Did you talk to him about all he was doing in the Rhonda Valley and other places?

DK: Yes, he told me that he had an excellent response rate, a 98% response, and the way he coaxes his participants in is that he had an old Rolls Royce and when people did not come for the survey, then he went with a driver with the Rolls to the house of the participant. And then he said, you don’t like to participate in my study? Here, please come with me in the Rolls. And that was the way he tried to recruit people in his study.

Another fantastic story was that one of the participants in one of his prospective studies had died, and what he did was what he calls “door knocking.” He went to visit the widow and he knocked on the door. Once he came to a house and the widow opened the door and said to him, “Professor Cochrane, I am expecting you for more than a week because my husband died a week ago.”

HB: His reputation preceded him.

DK: He was an unbelievable man, actually obsessive in terms of getting everybody into the study and of course, the follow-up was 100%. He was really very careful on methodology.

HB: I have little studied the results of those Welsh cardiovascular studies; are you familiar with them at all?

DK: No, but I know that his interest was more in the pneumoconioses; that was the reason that he examined the miners. But he had also, of course, a very nice paper on alcohol and coronary disease, especially wine, in ’79. Do you remember it?

HB: Yes, I remember it. He said something like, “In the event that they ever find something in wine that is responsible for this fortunate result, I hope they never extract it because it’s now contained in such a lovely form.”

DK: I heard him talking about this paper and when he had finished his talk there was someone in the audience who asked a question, “Professor Cochrane, is it white wine or is it red wine? And then Archie’s answer was, “I prefer rosé.” I also met him when I was in Wageningen. You know I was there from ’77-’88 and it was in the early ‘80s and then he was in Frankfurt to give a talk about medicine and life expectancy. It was also one of his favorite topics and he showed a lot of graphs where in countries that had a large number of doctors, that the life expectancy was lowest. And you know that crème de le crème of the medical faculty Leiden was there and they became very angry with him and they said, we don’t believe your research at all. And then they became really fanatic —- he liked to have these confrontations—–. It was one of his main things. And in his book on effectiveness and efficiency of health services he has also a statement in one chapter, one of the first sentences where he said that the health service in the UK is effective as a crematorium: many come in and so few go out. He was really critical of the performance of health services.

HB: Why aren’t there such giants any more? Where are the giants? Where have the giants gone?

Personalities like Archie actually become rare. He gave his whole life to science and was really very consistent in what he was looking for.

HB: I told you his recounting about his “first and best trial.” He was in a prisoner of war camp in Greece and was taking care of British prisoners of war. He was fluent in German because he had followed his psychotherapist to Germany and lived near him for two years. He became fluent in German and saved many peoples’ lives because he was able to represent the needs of the British prisoners in the German camps. But they had a terrible problem of diet in his camp and beri-beri. They were starving at 1,000 calories a day and he, with his own money, bought yeast and did a control trial of giving yeast to a sample, which contained the specific B components that resulted total cure within 2 or 3 weeks, the people on it were soon wonderful.

That’s where he became a trialist I’m sure. He was one of the few in the early days who encouraged us to make observational studies as closely designed as possible to the circumstances of experimental trials, now on the cutting edge conceptually.

DK: Let’s say there is a trial in a way inspired by him. I tried to do a trial in the 1980s on beta carotene. You remember that beta carotene was then a big issue, but I could not get it funded. I was very happy in the end that I didn’t as nothing historic was coming out of it.

DK: Yes, the other way around was a terrible result. Also, Richard Peto from Oxford had also said to me, Daan you can’t leave epidemiology without having your own trial and that was always in the back of my mind as I applied to do the alpha-omega trial on omega-3 fatty acids.

HB: Single-handedly you did the trial with 4,000 coronary patients, just finished last month.

DK: So those were the people that they were really inspiring from that perspective.

HB: Well, it’s been a nice continuation to your earlier interview and I hope there will be many others. Anything else in comment about my idea of a Dutch dynasty? Do you see the line that I’m trying to draw from deLangen to Kromhout?

DK: Did you include Arntzehnius among them?

DK: Yeah, he’s not necessarily in a direct line. He was also in a way an outsider when he started this work as a GP and then later when he became a professor in cardiology. My personal indication is that he had a much broader view on cardiology than most cardiologists before him. He was always interested in prevention and he got also a big project funded with two ecologists. That was really something, and that was completely new to him because cardiovascular disease was so prevalent that he said, let’s also get people screened for risk factors for CVD and TB.

HB: Archie Cochrane I believe did the same thing. At any rate, they took the TB surveys and converted them into cardiovascular. Alexander Arntzehnius. I’m sure we can find some CV.

DK: I can help you. The reason that I collaborated with him in Leiden was that he had what he called a Leiden Intervention Trial. It was a trial on 39 patients with unstable angina pectoris and they were in very bad condition so they could not get a by-pass operation at that time because the chance that they would die was very high. And then he put them on an extreme diet that was a vegetarian diet high in linoleic acid. And then he could quantify their progression or regression of their inter-coronary arteries and he could show that the ones who had the high total to HDL cholesterol level showed the progression and the ones who had a lower HDL ratio, there were some who had regression. In that trial, he was also the first one who really quantitated the amount of stenosis in the arteries.

DK: Yes, and that has been published in the New England Journal of Medicine, also in 1985. That was I think a very nice contribution. He was also at that time one of the few cardiologists who was interested in diet and lifestyle and realized you could prevent coronary disease.

HB: I have a question about the Leiden Intervention Trial. Tell me a little more about it. How many were there, etc.

DK: They were patients with unstable angina pectoris in very bad position and that was the reason that he gave as high as possible linoleic acid. And we calculated from the dietary data that the change in total cholesterol completely fitted Ancel’s equation. So that was a really nice thing because we could show that what he did was very well done.

HB: I did wonder in your study since one of the principal changes in this country in the last 5 years, 10 years, has been increasing alpha linolenic. People are eating canola oil like crazy. And that certainly would affect what would happen to your subjects. But that hasn’t happened in The Netherlands?

DK: No, it’s only, let’s say, 3 or 4 years ago that you — start to add it to the ordinary marketings. Because they were still, let’s say, working along the line that the more linoleic the better it is. Then on such a moment they re-evaluated the circulation and then said ok, let’s start with fish-fatty acids.

HB: I was thinking in terms of cooking oils, not in fish. We use canola for cooking oil, it’s our main cooking oil now. You don’t use liquid oils?

DK: Yeah, but it’s mainly corn oil and also some soy bean oil so if you take mayonnaise for instance, there you can find quite some linolenic acid now days.

HB: Thanks for your visit.