Years 1979 through 1982, when I served, were busy times for the AHA Nutrition Committee and for the Heart Association nationally, addressing as they did many issues of import to the nation’s health and economy. Debates within the heart association often pitted conservative bench workers and practitioners against those activating for the public health.

As an example, in those days, the AHA was not only preoccupied with the Great American Diet but also with change in smoking behavior, including smoking bans in public. John Oates, a distinguished Tennessee cardiologist and conservative, chaired the AHA subcommittee on smoking, where his report concluded that, although the AHA recommended not smoking to everyone, “it does not believe that the prohibition of smoking on airplanes is feasible or appropriate. Smokers have the right to smoke if they wish. The AHA respects that right as long as the rights of nonsmokers are not violated. Our aim is not to penalize people because they smoke; instead we seek to help them to become nonsmokers by persuasion and education.” This sanguine view, rather characteristic of do-nothing conservative health strategy, became official AHA policy. But not for long.

In contrast, the Nutrition Committee I served might be thought by some a “do-everything” committee. It was chaired then by Scott Grundy, with members Lorimer, Kwiterovich, Goodman, and Mattson holding strong conservative views. I had just begun to succeed in inserting some public health language into its reports, when, in the following communiqué, one can almost hear the conservatives’ mulings and experience their gut pangs, as the committee moved tremblingly toward the inevitable in the following tentative rendering of opinion:

“Unfortunately, whether the alteration of diet will actually reduce the risk of CHD has not yet been determined with certainty. [We asked then, ‘has anything been determined with certainty?’] One decision would be to make no recommendation about modification of diet because of lack of absolute proof [imagine, proof absolutists survived still in 1979!]. Another is to propose dietary alteration based on highly suggestive evidence. The latter has been the course chosen by AHA [‘though it clearly pains us to say so’]. The rationale is taken that some degree of hypercholesteremia is almost universal in the U.S. population. Thus, the whole population can be considered to be at risk compared to populations with cholesterol levels much lower. [Wow! Was that really so hard to figure, so difficult to say?] This premise can be accepted as a reasonable one on which to suggest universal dietary alteration. This might be called the public health approach.” [Indeed it might be, dear, timorous AHA friends. Welcome, belatedly, aboard.]

Our nutrition committee then reviewed evidence about diet and heart disease from the Framingham Study, the Seven Countries, NiHonSan, and Seventh Day Adventist studies, and from geo-pathological studies and intervention trials. Finally, it was able to summarize with the following remarkably advanced idea for the time: “Indeed, it can be questioned whether a clinical trial is the most appropriate approach to the diet-heart hypothesis. Considering the complexity of the problem, the results from epidemiological comparisons with similar populations on different diets probably provide a better indication of the [long-term] role of diet in coronary disease.” 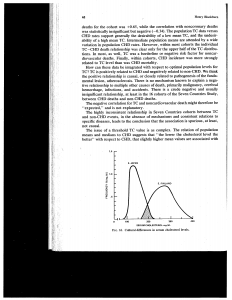 Now we were really getting somewhere, but only after NIH had invested millions in preventive trials confined to individuals at highest risk within an already generally high risk society. The AHA began at long last to make sense, to move beyond recommendations solely oriented to the heart patient and the high-risk individual and into the modern era of public health recommendations for a whole nation and culture at excess risk. Some of us had long felt that was the real mission of the AHA.

I was able in time to have inserted even the following language about salt into the cautious AHA diet recommendations-of-the-day on salt intake: “It is well recognized that such a reduction (from 12 grams to 5 grams [salt] per day) can be achieved only with great difficulty because of the heavy salting of food by the food industry and the acquired taste for salt in our population. However, this may be a propitious time to begin a general reduction in salt intake.”

In other areas, for the first time in 1981, the committee mentioned the possible clinical significance of unusually low serum cholesterol concentrations, which “must be closely monitored in the future.” We indicated further that AHA dietary recommendations for children would first require to be approved by other appropriate AHA councils, adding this promise in a codicil:

“. . . the Nutrition Committee is moving towards a proposal for adopting this [adult] diet for children.” [Which it has done, while excluding infants.]

Arguably the more significant influence I was able to wield on the Nutrition Committee, and indirectly for that matter on the diet and lipid issues of the day, was a summary I presented during a first formal presentation before that committee of Seven Countries Study findings on diet and coronary risk. One could almost see the wheels begin to turn in Scott Grundy’s head from the intensity of his attention when I showed the data and emphasized the relatively high total fat, the high monounsaturate and low saturate fat intake found in the Greek Islands, associated with a very low CHD risk and low total death rate among the islanders. I cannot be certain, and have never asked Dr. Grundy directly, but I suspect, from his avid curiosity on that day, that this was a dawning for him and for the committee as a whole. Keys’s monographs, I suspect, were read by very few and misquoted by many. I can only speculate that this realization became the impetus for much useful work Grundy did subsequently in the laboratory and clinic on blood lipid responses to olive oil feeding.

Memoir, of course, allows such speculation while history and biography do not. In evidence, however, we have Grundy’s written acknowledgment, the only one I have seen, of his debt to Ancel Keys and the Seven Countries Study in a letter to the New England Journal of Medicine, vol. 315, in 1986: “Finally, let me say that our studies on oleic acid were stimulated by Dr. Keys’ important seven country study, which showed the potential of oleic acid as a replacement for saturated fatty acids, and I believe that our findings support the usefulness of diets high in oleic acid.”

Prior to that time, only a handful of medical people, most of whom were nutrition-epidemiological types, recognized that a relatively high fat intake (30-35 per cent of daily calories), with high monounsaturates (20 percent or greater) and low saturates (less than 8 per cent), was compatible with excellent cardiovascular and overall health in populations. Most of the emphasis at the time was on low total fat and the proportion of saturated or polyunsaturated fat calories, along with high carbohydrate intake. It has taken evidence developed over three decades that quality of fat also may relate to cancer and non-cardiovascular disease risk and, in consequence, for mellow, time-tested Mediterranean eating patterns to prevail widely. The brash AHA Prudent Diet and the tough NCEP Phase II Diet were thereby and finally mitigated — a little. Only Pritikin and Ornish still hold out for virtually “no fat,” and this presumably only for those patients at highest vascular risk in our high-fat culture.

None of which is to suggest that Dr. Atkins’s (high protein, low carb, high-fat) Diet or Gary Taube’s scientific distortions about the danger of a low-fat diet in the New York Times in 2002, are safe or sound personal or public health dietary strategies. 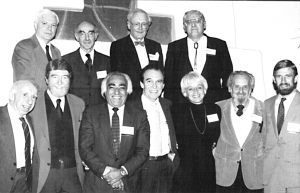 AHA Council on Epidemiology and Prevention: Past Presidents