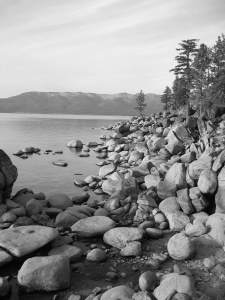 After the first International 10-day Seminar in Cardiovascular Disease Epidemiology, held in Makarska, Yugoslavia in 1968, I felt there should be a version more accessible to North Americans. Young investigators around the world were becoming interested and involved in the burgeoning studies and prevention trials on coronary disease, hypertension, and stroke. The international short course effectively imparted skills in literature criticism and study design. It also spawned a broader view of the socio-cultural origins of mass CVD and the need for preventive approaches to complement therapy. It began to create a coterie of young cardiovascular disease investigators active in this direction and having increasingly an international influence.

As chairperson of the American Heart Association (AHA) Council on Epidemiology I was soon able to test the waters with our Council and, with its approval, sought the interest of Richard Ross, President of the AHA, in a letter of April 15, 1974. In it I outlined the program of the ISFC international seminar and sent along the summary of its early experience published in Lancet by Rose and Remington.  I spoke of our desire to explore the market for a U.S. counterpart, announced a planning meeting scheduled in Minnesota for the summer, and requested that he consider the plan on receipt of the Council’s next budget proposal. As in all prevention pursuits, Dick Ross was highly supportive.

Together with Nemat Borhani, who succeeded me as Council chair, and Len Cook of AHA headquarters staff, we were able to move the plan through the association’s maze. Then we drafted a young leader to head the project, Darwin Labarthe, who had attracted our attention at an early international seminar. Subsequently, he and his wife Merrily, with Len and Irene Cook and a stellar faculty, led the U.S. seminar for the next 25 years. It continues viable today under excellent new management.

The U.S. seminar planning session was held at our home in Minnesota in summer, 1974, along with the Council’s educational committee that Labarthe chaired and on which I served along with Manny Feinleib, Lew Kuller, Ron Prineas, and Al Tyroler, with Len Cook as AHA liaison. The first seminar was held in August, 1975, at Granlibakken Resort in Lake Tahoe, California, near the summer home of Borhani. The Tahoe 10-Day Seminar, jointly supported by AHA, NHLBI, and private funds, celebrated its 25th session there in summer, 1999, having exposed some 800 younger investigators over the years to the concepts and methods of epidemiology and prevention researches.

The spirit particular to the Tahoe Seminar is intellectual openness with warm collegiality, taking place in felicitous environs. Bonding among faculty and the 30 or so new fellows happens rapidly each summer. All the while, participants are spoiled by the devoted staff of Len and Irene Cook and the gracious resort hosts, Bill and Norma Parson. Together with faculty, they provide an ambience unexcelled for intellectual expansion and social intercourse.

The curriculum is similar to that of an ancient university. A small faculty introduces issues and leads discussion groups of six to eight fellows. The first five of the 10 days are taken with presentations in the mornings by experts in CVD epidemiology followed by afternoon exercises in literature criticism. Each group reviews recent articles representing the major epidemiological research methods: case-comparison studies, cross-sectional surveys, longitudinal studies among cohorts, and clinical and community trials. Examples of excellent and flawed studies are dissected under the theme that scientific criticism is a high art and privilege. The formal morning curriculum consists of presentations on epidemiological concepts and methods and biostatistics, plus expert treatment of major topics such as risk measurement, obesity, blood pressure, diet, alcohol, risk among children and women, Type A behavior, diabetes, preventive trials, community intervention studies, multivariate analysis, and future challenges for epidemiology.

Groups  of fellows remain intact while faculty rotate for the second five days devoted to study design, each group being preoccupied with one or another of the main research modes directed toward the same grand topic, say, “The Relation of Alcohol to Cardiovascular Health,” or, “Post-menopausal Estrogen Use and Coronary Risk.” As a team, each group prepares something akin to a grant proposal to be presented formally for general discussion, evaluation, and scoring by the entire university assemblage at the end of the second week. Reference publications are made available in a seminar library and the team rehearses much as it would for a site visit [Remember site visits?] At the close, the seminar  is evaluated by the fellows, using numerical scores and narrative comment about the curriculum, the presentations, exercises, and the learning environment.

The extra-curricular program at Tahoe includes weekend expeditions of rafting down the Truckee River and hiking in the Sierras, and an annual fiesta with food and music held at the Parson’s lakeshore home. The seminar is crowned by a student “roast” of the faculty in which they present colorful skits of more and less amusing content, worked out in their limited spare time. None of these roasts particularly merits artistic preservation here but a couple of representative Tahoe Legends are presented to illustrate the style:

Legend has it that in the early days of the Tahoe 10-Day Seminar the following event transpired:

Drs. Labarthe, Blackburn, and Stallones were fishing on Lake Tahoe. When refreshments were depleted, which was early in the excursion, Blackburn offered to go ashore for a resupply. To the utter amazement of his colleagues, Henry walked across the water and very soon returned with the goods. Darwin mused that ‘one case report does not a miracle make.’

Soon there were no more bait worms, so Stony hove over the side and walked across the waters to shore, soon returning with fresh bait.

Darwin, who still did not believe in miracles, and who felt that a case  series of two was still inadequate, decided to make the series more robust at three. He stepped out of the boat and promptly sank into the lake.

Whereupon, Henry turned to Stony and asked, ‘Didn’t you tell Darwin where we placed the stones?

Tahoe fellows’ misdirected creativity is seen further in the following excerpt of a “Biblical” fable:

Worse even than these efforts was a 1984 crude take-off of my regular seminar lecture on “The Evolution and Culture of Heart Attacks,” in which I describe hunter-gatherer lifestyles as alternating subsistence activities with socializing or “messing around.” The fellows turned it into a spoof of my  campus  life in Tahoe, with the following typical daily activities of:

Mess around and around

The traditional conclusion of this student roast was Darwin Labarthe’s perennial classic retort, a painfully extended, layered overhead projection of the legend about a songbird that learned, too late, not to sing out from its  warm  place. [Ne chante pas dans la merde!]

But I guess you had to be there.

Today, the 10-Day Seminars in CVD Epidemiology, both international and domestic versions, are firmly established and are copied widely in many fields and languages.1 They have

greatly  enhanced the skills of scientific criticism and research design among hundreds of younger investigators. In turn, the trainees have been nudged toward the broader views of research, policy, and program that epidemiology, prevention, and public health provide the medical armamentarium.

Moreover, it was at the Tahoe Seminar that the happy credo of the entire field of CVD epidemiology was conceived: 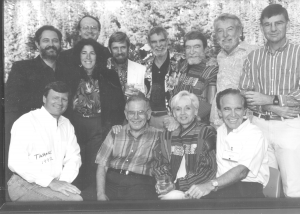