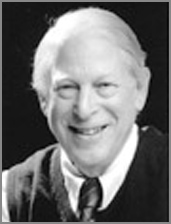 Warren Winkelstein traced the roots of his career back to his childhood as the son of activists in the Jewish community of Syracuse, New York. Inspired by family and community educational leaders to pursue a career which focused on pressing social concerns, he turned to public health.

After earning his MD from Syracuse University in 1947 and an internship at Charity Hospital in New Orleans, Winkelstein earned his MPH from Columbia University and accepted a position with the Erie County Health Department in Buffalo. There he was encouraged to study the effects of air pollution on community health. In the mid-1950s, Winkelstein worked at the Roswell Park Memorial Institute under the mentorship of Abraham M. Lilienfeld who steered Winkelstein into CVD epidemiology. Winkelstein carried out one of the first studies on coronary disease in women and challenged long-held beliefs about the role menopause in CVD risk.

In the 1960s Winkelstein turned his attention to blood pressure, first at the State University of New York, Buffalo, and then in the School of Public Health at the University of California, Berkeley where he joined the NIHONSAN study of Japanese immigrants and their CVD risk factors. Winkelstein was Professor Emeritus of Epidemiology at Berkeley and engaged in writing biographical studies of figures in the history of medicine and public health.