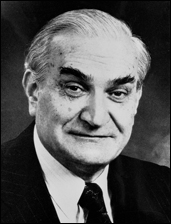 Donald Reid, a Scotsman, was the head of Epidemiology and Biostatistics at the London School of Hygiene and Tropical Medicine (LSHTM) after Austin Bradford Hill left the post. He was particularly influential in cardiovascular disease (CVD) and chronic disease epidemiology through his development of the London School’s noted short course in Epidemiology and Biostatistics, his contributions to clinical trial design, and his support of his colleagues in extensive studies in the field, including methodology and trials. He emphasized the dangers of smoking but was rather unmoved by the “American View” of the importance of diet in cardiovascular diseases.

Reid graduated in Medicine from the University of Aberdeen in 1937. He then served in the Royal Air Force in World War II where he conducted a seminal study combining medical and flight records. It demonstrated the strong relation of the number of bombing missions to the rate of mental breakdowns among flyers. Because of this, he is credited as a founder of psychiatric epidemiology.

Reid took over Hill’s position in 1961 after being recruited in 1956. While at the London School in the 1960s, he directed a large MRC trial of anticoagulation in myocardial infarction. After conducting a review of all trials in the field, he proposed that half were inadequately designed. As a result, he laid down refinements to Hill’s guidelines for clinical trials regarding clear definition of compared groups, ethics of controls, and precise criteria of diagnosis, progress and outcomes. He also initiated the first Whitehall cohort studies but did not survive to see the results of smoking and drug intervention trials he started within those populations. He was a pioneer in investigations of chronic bronchitis, smoking, and industrial pollution.

According to his obituarist, Geoffrey Rose, Donald Reid’s guiding principles, inculcated in his students, were “to give meticulous care to detail; to know the strength and limitations of one’s data; to form intuitive judgments and then to test them by cold reason; to allow neither laziness nor impatience to erode the determination to get it right; and in all these activities, to be guided by the human values of compassion, integrity and humility.” It is notable that he continued to give attention and advice to his mentees throughout their careers. I was most pleased to have been dubbed by him in the late 1950s as: “Our man in America.” (HB)