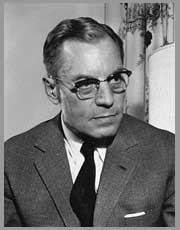 Keys was the only child of Caroline Emma Chaney Keys, a homemaker, and Benajmin Pios Keys, a bookbinder. Shortly after their son’s birth, the couple moved to California, where they survived the earthquake in the Bay Area in 1906. After this disaster, the family moved across the bay to Berkeley. As a high school senior in Berkeley in 1922, Keys tested highest in IQ among a sample of one thousand youths taken by Louis Terman using his newly constructed Stanford-Binet intelligence test.

Bored in high school, young Keys left home on serial adventures to dig guano in a bat cave in New Mexico, to mine gold in the Sierras, and to ship out as an oiler on a China-bound freighter. Having taken Chinese in high school and taught himself Chinese characters en route, Keys amazed the natives in Yokohama, Japan, and in Hong Kong by communicating in writing. Despite his poor grades in high school, Keys was admitted as an undergraduate to the University of California, Berkeley, on the recommendation of a teacher. In 1925, nearing graduation, Keys lost out on a graduate fellowship to a classmate who had taken easier courses and gained a better grade-point average. He received a BA in economics and political science. Through the intervention of another professor, Keys was able to take up graduate studies at Berkeley, earning an MA in biology in 1928.

After completing a doctorate in oceanography and biology at the Scripps Institute in 1930, Keys won a National Research Council fellowship for study with the Nobel Laureate August Krogh in Copenhagen and then, with a Rockefeller Foundation Fellowship, worked with Joseph Bancroft at Kings College, Cambridge, England, earning a second doctorate, in physiology, in 1938. Feeling that he would always be an outsider in British academia, Keys rejected a faculty post at Cambridge and in 1937 accepted a position at the Harvard Fatigue Laboratory, working with L.J. Henderson. There he studied human physiology, leading a high-altitude expedition to the Andes and finding anemia favored adaptation to altitude.

For better pay, Keys accepted a position in physiology at the Mayo Clinic in 1938, a post he held only briefly. There he met his future wife, Margaret Haney. The couple married in 1939 and had three children. Keys moved that year to the department of the eminent physiologist Maurice Visscher at the University of Minnesota in Minneapolis. Once again restless and also adverse to rote lecturing of medical students, Keys established in 1939 the Laboratory of Physiological Hygiene, applying rigorous quantitative methods to the study of norms in human biology and practical effects of change in the environment and mode of life.

During World War II, the U.S. War Department drafted Keys and his colleagues to test the physiologic effects of stress, heat, cold, and restricted nutrients, culminating in the formulation of meals for combat soldiers in the field, the survival K ration (“K” standing for “Keys”). At the close of the war in Europe, with the prospect of mass starvation looming, Keys recruited conscientious objectors to a yearlong experiment in semistarvation and the delicate matter of how to safely begin refeeding. The two-volume report of this study, The Biology of Human Starvation (1950), became a classic and propelled Keys to international leadership in nutrition science. At the same time, he foresaw problems of “overnutrition” and, as chair of a conference for a new United Nations agency—the Food and Agriculture Organization—he attempted to redirect the professional focus on malnutrition and starvation to the nutritional causes of common disease in affluent societies.

By 1947 Keys had begun to consider heart attack in the United States as an epidemic, projecting its continued rise, associating it with changed lifestyles and eating patterns after the war, and proposing new research approaches to its causes and prevention. In this endeavor, he strongly questioned the common medical wisdom that fatty arteries and heart attack were natural and inevitable consequences of aging. At mid-century, the notion that there are environmental causes of vascular diseases was more often challenged then accepted as Keys talked before international audiences of nutrition and medical scientists. Restless once more, he accepted the offer of Hugh Sinclair at Oxford University to work out these ideas on a sabbatical in 1951-1952. Once again, the chore of lecturing to medical students, plus the damp cold of Oxford winter, sent Keys off on a new adventure. With his wife, he sought to confirm an Italian colleague’s claim that the working men of Naples, Italy, “had no heart attacks.”

Thus was Keys’s career relaunched. Reoriented from the laboratory to the general population, his contributions to the public health began. The expedition to Naples led eventually to his best-known work, the Seven Countries Study, a cross-cultural investigation conducted over several decades of contrasts in diet, lifestyle, and coronary disease. This began with an odyssey in the company Paul Dudley White, international dean of cardiologists, making informal comparisons of heart attack frequency and blood cholesterol levels among traditional populations with different eating patterns, from the Mediterranean Basin to Southern Africa to the Orient.

The two famous medical Marco Polos brought back to the United States their colorful observations and new theories. They then developed supportive agencies to foster prevention researches, designed formal studies in populations, and launched training programs for young investigators. They also founded two new professions, one of academic cardiovascular disease epidemiology and the other of preventative cardiology practice. Keys was late to accept that animal and vegetable fats had different health effects, but once he became curious about the topic, he developed (in 1965) the definitive predictor, the “Keys equation.” It still gives a precise estimate of the effects of different fatty acids in foods on blood cholesterol levels and coronary risk.

More than any other scientist, Keys established that the predominant determinants of population rates of heart attack are sociocultural, in contrast to risk in the individual, which shares genetic and cultural origins. Keys’s work has powerfully influenced preventative practice and public health policy toward prevention of high risk in the first place. It has moved the food industry and agribusiness toward more healthful practices in food production, preparation, and marketing. It has nudged entire populations toward more healthful eating patterns. A steep decline in death rates from heart attack and stroke has followed, where these preventive researches and policy guidelines are implemented.

Keys received numerous honors during his life, including Commander, Order of the Lion of Finland, 1963; the McCollum Award, American Society of Clinical Nutrition, 1967; and an honorary doctor of science degree, University of Minnesota, 2001. In his retirement years Keys spent much of his time with his wife at their villa in Italy. After several strokes, Keys died quietly in his Minnesota home, a few weeks shy of his 101st birthday. Keys was cremated, and his remains are sequestered in Minnesota.(HB)

Keys is the author of a privately published memoir, Adventures of a Medical Scientist: Sixty Years of Research in Thirteen Countries (1999). Obituaries appear in the New York Times (23 Nov. 2004) and the Chicago Tribune and Washington Post (both 24 Nov. 2004).

Please click here for a description of the Minnesota Business and Professional Men’s Study.

Please click here for a description of the Seven Countries Study.

The Association for Schools of Public Health’s website contains a Public Health Leadership video on the life of Ancel Keys, as well as other important individuals, and can be accessed by clicking here.