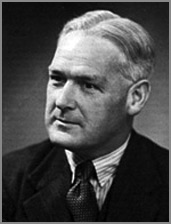 Austin Hill survived military service and pulmonary tuberculosis in the Royal Air Force in World War I and graduated from the University of London in 1922. Major Greenwood, friend of Hill’s father and organizer of the London School of Hygiene and Tropical Medicine’s Division of Epidemiology and Statistics, took him into the Medical Research Council Institute for Medical Research to study mortality in rural England and then supported his further education in statistics under Karl Pearson. At the new quarters of the LSHTM and at the Hammersmith Postgraduate School, Hill taught statistics to medical graduates, eventually publishing his lectures as a classic text, “Principles of Medical Statistics,” which went through 11 editions during his life. He was quite sensitive to doctors’ terror at statistics and left out the word “randomization” to avoid scaring them.

After World War II he succeeded Greenwood as director of the MRC Unit and undertook his pioneering career in clinical trials, first of pertussis vaccine and then of streptomycin in tuberculosis, extending the agricultural designs of Ronald Fisher. With very limited supplies of streptomycin available, Hill argued: “…it would be unethical not to make a randomized clinical trial – the first of its kind.” He seized the opportunity.

Subsequently, in a partnership with a then-young physician, Richard Doll, he pioneered case-control studies of the relation of lung cancer and other diseases to tobacco smoking, the results of which were strongly criticised by Ronald Fisher and not accepted by physicians. This rejection led him to propose and mount the prospective study of British doctors’ smoking habits and disease that became an icon of epidemiology in respect to design, method, and productivity of knowledge.

Sir Austin was honored by the Royal Society, by Oxford University, and by the Queen, and held many leadership roles at the LSHTM and in the UK. In a eulogy by Peter Armitage he was described as “quite simply the world’s leading medical statistician.” He also nurtured the careers of Doll, Donald Reid, Geoffrey Rose and other leaders of CVD epidemiology. (HB)