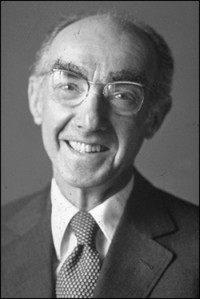 Fred Epstein was born in Frankfurt, Germany and educated at the University of Zurich and Cambridge University. For many years he was professor of epidemiology at the University of Michigan where he directed the Tecumseh Community Study. He pioneered cross-cultural studies of cardiovascular diseases (CVD) at Mt. Sinai Hospital where, already in the early 1950s, he compared Italian and Jewish garment workers and found risk factor differences among them.

He was a leader in CVD epidemiology for the American Heart Association and directed its first major statistical summary of risk factors, The Pooling Project, co-writing a history of the Council on Epidemiology in 1995. For decades he was a devoted consultant to centers of epidemiological and prevention researches around the world, giving valuable guidance to investigators and to their support agencies. He made seminal contributions to understanding in a series of critical reviews, including observations on parallel mortality trends and common risk factors for CVD and non-CVD deaths, which he summarized in the Ancel Keys Lecture in 1993.

Fred Epstein was a pioneer of CVD epidemiology, had a profound understanding of its contributions, course, and participants, and was perhaps the most effective encourager of prevention science on the scene.

Please click here for a description of the Tecumseh Community Health Study.