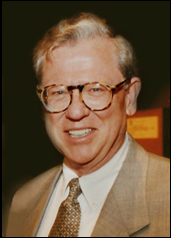 Ron Prineas is a 1960s pioneer of CVD epidemiology. After his education at the U. of Sydney and graduate studies at the London School of Hygiene and Tropical Medicine with Donald Reid and Geoffrey Rose, he worked with Richard Lovell in clinical research in Melbourne. He was recruited in 1973 to Minnesota to direct the Hypertension Detection and Follow-up Trial and the Minnesota ECG Coding Center. After 15 years in Minnesota he became Chair of Epidemiology at the U. of Miami and subsequently continued his active career at the EPICARE analytic center of Bowman-Gray University, where he replaced Pentti Rautaharju on the latter’s retirement.

His career includes central involvement with major hypertension trials including HDFP and TOMHS, but he also launched the Minnesota Heart Survey and MRFIT at Minnesota, directed his own Minneapolis Children’s Study, and sat on steering committees for most of the major CVD cohort studies and trials of the last 35 years. He also consulted with WHO/MONICA.

Much of Prineas’s current work directing EPICARE is analyzing CVD endpoints for AIDS trials, AIDS being, as he calls it, the “new tuberculosis of mankind.”

In our interview we ranged over his productive career, beginning with the London School and the miseries of using the Rose Zero Muddle blood pressure device. Prineas is near retirement and is now editor of a New Zealand website called “Case Reports” where he plans to enter aspects of CVD history. His hobby is trading in vintage classic and medical books (HB).

I did not know Bradford Hill, but met him and gave a lecture to his class, which might be described as going from the sublime to the ridiculous. This was in the mid-1960s when Geoffrey Rose and Donald Reid were in charge of the program. Donald Reid was instrumental in setting up the Postmen and Civil Servant studies, which later became the Whitehall Study. He got access to the Civil Service population through his father who was a high officer in the postal service.

Geoff Rose came with enthusiasm one day to tell me and a colleague that he was going to buy a motor bike and we both said to him, “You’re crazy, but whatever you do, be sure you buy and use a helmet,” which helmet ended up saving Rose’s life certainly. (He was hit by a drunk who left Geoffrey bleeding in a ditch for several hours, after which his kidneys shut down. Prineas attributes Rose’s later malignancy to an acquisition of “something” in the 25 transfusions during that time.)

The Rose Zero Muddler is miserable to use and to carry the compressed air cartridges; all the entering nurses used it to take blood pressures in Australian surveys. [I agreed that it was a great idea, to eliminate digit preference, but a wretched apparatus, which we also used in the U.S. Railroad Study.]

All of the automated blood pressure machines have different algorithms and it’s impossible to get the [proprietary] data on them. Apparently there’s a manuscript in progress at CDC that details the differences. But even the Aneroid brands are good if you buy an expensive brand of it, Welch-Allen being a good one, and you can get the automatic machines calibrated against pressure transducers that are highly accurate and durable, to get away from comparing them with mercury. They are used in the NHANES Hispanic Study, for example, and the Grimms in Milwaukee are doing a lot of standardized training of blood pressure monitors.

ECG findings at EPICARE NOVACODE and the Minnesota Code are actually combined in some of our work in the continued use of serial changes indicating incidence of MI and they’re also still being compared in terms of sensitivity and specificity for coronary events endpoint and sudden death.

The T-axis is not as good as the QRS-T-angle as a predictor. Repolarization differences and high rate variability mean different things in young and older people. The predictive power of RR interval variability is independent of respiratory modulation; sympathetic- parasympathetic regulation are affected by diabetes and many other things as well as aging.

In the QT interval studies as a predictor people have not looked at competing risks which we are now doing. There is not much prediction to be found in the high frequency ECG components.

The EPICARE continuous score for left ventricular hypertrophy in the ECG is a powerful predictor showing that the risk is continuous and so cut points for LVH are artificial (just as are blood pressure levels, in which it’s “the lower the better until you’re dead.”)

Salt is disappearing from the picture of hypertension and nobody is paying much attention to the benefit of potassium. [Just more medicalization of prevention!]

The metabolic syndrome idea is fine because it is a diagnosis that can be treated and covered by Medicare, so it’s now possible for docs to get paid to treat obesity!

Full transcripts of interviews may be made available to those engaged with original materials for scholarly studies by contacting us.