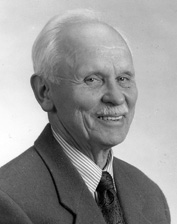 It is impossible to overestimate the contributions of Martti Karvonen to the fields of applied physiology, epidemiology, medicine, sports medicine, and public health. At every academic, institutional, and public level he has productively led these fields. His career will be richly reviewed on this day of remembrance by his colleagues in Finland. I just have a word to say from among his many international colleagues:

To us, Martti was admired and respected for his insight, his moral support, and his boundless good will and humor. We delighted in his company, prospered from his attention, and marvelled at his example and accomplishment.

Martti early recognized and convinced Ancel Keys that Finland held a major key to central questions of cardiovascular science and public health: the causes of cultural differences in heart attack rates and the role of diet in atherosclerosis. He was a true father of CVD epidemiology and prevention, all the while forwarding others in the field, supporting them from the scientific, institutional, and political bases that he occupied and exploited so well. Countless useful studies and careers, past and present, are due both to his ideas and his direct and behind-scenes action.

The Horsecollar award Martti received from his physiologist peers expresses the honor and devotion he brought to the field of physical activity, sports medicine, and health. He lived perhaps most happily in that specially active world of physiological hygiene. But his comfort in many disciplines and across scientific methods was central to his grasp of and fruitful researches in the public health. He was not only unafraid to lance out anew, but quite able to work in laboratory, clinic, and field, developing the design appropriate to the state of knowledge and the method appropriate to the question. Look, for examples, at the East-West Finnish comparison, the Finnish Mental Hospital Cross-over Diet Trial, and the North Karelia Study in community action.

Wherever he lit, Martti radiated curiosity and good will, optimism and readiness to begin, and always, joie de vivre! An astute diagnostician of character, he nevertheless had a great tolerance for human foibles, with forgiving wisdom and lifetime loyalty, thus bringing out the best in all of us.

Wherever he reached, a giant of science, he brought his personal light and richness and fun to the task and to us in our work. How fortunate we all were to know him!

A rare one, bright to brilliant, with barely contained energy and quietly efficient strength, a behind-scenes power. Benignly mischievous, twinkling eyes, with a positive, can-do, make-do attitude, in an all-knowing sage, a familiar, avuncular, cosmopolitan- peasant type, at ease with himself and with the high and the low, a friend of lumberjacks, scientists, princes, and presidents.

Martti was a booster, a story-teller, a party boy, a mentor, guide, provocateur, judge and joker. He was a serious scientist with the broadest view, working fearlessly across disciplines. He recognized early the contrast of CVD experience in East and West Finland and the potential revelations about heart attack buried in the natural experiment of Finland. He generated interest in that experiment among the profession, academicians, and the Finnish people.

Years later he helped translate the epidemiological findings of Karelia into the pioneering North Karelia Study, a community demonstration of risk factor and health behavior modification on a statewide scope, now a classic in public health.

The more lasting results of his life are the elevation of exercise science and its extension into athletics and the medical leaders he tapped, mentored, supported, and put into positions of accomplishment and influence.

A Personal Remembrance of Martti Karvonen from Pentti Rautaharju

I was a medical student in 1954 when I heard rumors that there was a “new kind of modern physiology” emerging at the Institute of Occupational Health under the direction of a certain Martti Karvonen. So I went to see him in his office to ask for an opportunity to get involved in the research. Martti wasted no time, immediately assigning me to construct a mechanical vector analyzer like the one invented by Ernst Simonson that he had seen during his 1953 visit to Minneapolis. Things always happened very fast around Martti.

It soon turned out that this rumored “new kind of modern physiology” was in effect cardiovascular epidemiology; a series of investigations on lumberjacks, athletes, and various other occupational groups. In a short time, with Martti’s encouragement, I became well qualified to “malpractice” electrocardiography in these populations.

In 1956 Martti took me with him to conduct pilot studies in the Mellila area and in Ilomantsi, the western and eastern centers to study the “natural experiment” of Finland. The work was demanding: with limited resources we did the examinations in the mornings and afternoons drove around the countryside from house to house to convince men to come to our examinations. It was during the peak harvest season. In comparison, the full-scale East-West Finland studies that followed later with the Seven Countries Study felt almost effortless, with Marti’s efficient organization and the publicity he arranged and the funding he secured Martti along with Ancel Keys, then helped me get a Fulbright scholarship for post-doctoral and graduate studies at the University of Minnesota, for which I departed in January,1959, a day after graduation from medical school. I got a chance to work with Henry Blackburn on the Minnesota Code and with Otto Schmitt, a noted biophysicist, on my graduate studies. With the Winter Olympics in Squaw Valley in 1962, for my graduate study I was looking for a chance to perform chest resistivity measurements and VCG recordings on Olympic-level long distance skiers, and so wrote Martti for help. The answer came promptly: As the medical doctor of the Finnish Olympic team, Martti appointed me his assistant. This was welcome and important news! So we spent memorable wintry days working in the Olympic Village of Squaw Valley.

In East-West Finland follow-up studies of the Seven Countries Study, I worked with Martti, packing my computer-ECG equipment along. Martti always welcomed this with open arms, even when my special studies were an extra demand and not always important for the main study. I last met Martti in Kuopio in 1993 at the reception for his 75th birthday. He was still active and brilliant in his mental powers. He mentioned that he recently had fallen from the roof of his house and broken two ribs. Yet two days later he drove from Helsinki to Italy! How strange it is to think of Martti as an Alzheimer’s victim.

Martti was instrumental in changing so many lives to follow a better course. Now he is gone, but he will not be forgotten.