This Volume II of memoirs, ‘It Isn’t Always Fun,’ is the sequel to Volume I, ‘If it Isn’t Fun . . . ,’ which dealt with professionally formative years, 1942 to 1972. The present volume focuses on my “mature” career after becoming director, in 1972, of the Laboratory of Physiological Hygiene, “the Lab,” at the University of Minnesota. It carries on, with gaps, to the present. 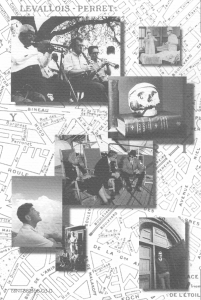 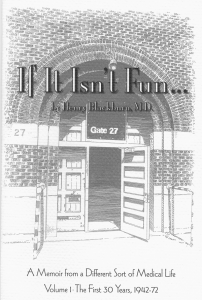 Volume II is written primarily for those directly involved in the field or with my activities, including close colleagues, family, and friends. For other readers, voluntary or ensnared, this volume conceivably offers adventures and views about some medical and social matters of anecdotal, historical, or current interest.

I grew up in Florida, made medical studies in New Orleans and internships in Chicago and Paris, served three years in the U.S. Public Health Service in Austria and Germany, and trained in Internal Medicine in Minnesota. On the invitation of Ancel Keys, I joined Minnesota’s Laboratory of Physiological Hygiene (LPH) in 1956 as Research Fellow, at age 31. There, early work in electrocardiography led to a signature article published in Circulation in 1960, “The Electrocardiogram in Population Studies,” later called the Minnesota Code, and to a series of comparative analyses of smokers and non-smokers. In 1968, the World Health Organization published a manual by Geoffrey Rose and me, Cardiovascular Survey Methods, which was circulated and used widely in epidemiological studies. During these years I also served as Project Officer for the Seven Countries Study, a cross-cultural study of diet and heart disease led by Ancel Keys at Minnesota. These several events determined the direction of all subsequent activities in the fortunate course of my career.

Since 1972, when Volume II commences, this career has centered around three areas: first, investigation: as a designer and participant in major national heart attack prevention trials of the 1970s and 1980s; second, in administration: as division head of Physiological Hygiene and then of a new Division of Epidemiology at the University of Minnesota; and, finally, in promotion: as developer of Minnesota’s community research efforts, the Minnesota Heart Survey and Minnesota Heart Health Program of the 1980s and 1990s, and as  advocate of prevention and health promotion on the larger stage. These heavy responsibilities were superseded in 1996 by a new lightness of being, that of being semi-retired.

Momentous things happened during the central years. Careers, projects, and institutions were built, disassembled, and rebuilt; national rates of death from cardiovascular diseases plummeted; and the fields of cardiovascular disease prevention and non-communicable disease epidemiology thrived and expanded hugely. The country recovered fitfully from the Kennedy and King assassinations, from the political excesses of the megalomaniacs, Johnson and Nixon, from Vietnam and Watergate, then from good-man Carter’s weak economy and predator rabbits, and finally from the Great Communicator’s giant bluffs, tax cuts, remilitarization, Irangate, and fall of The Berlin Wall, with sundry oil embargoes and economic recessions along the way.

In those days, as a division head also embroiled in national and international activities, I rose rapidly to my level of incompetence, a la Peter Principles, and, for the first time, acquired serious detractors, even an occasional disgruntled enemy. Aside from possible justifications for their enmity, I supposed this went with the job.

But this volume is mainly a memoir about being chief — il capo. It is about juggling  too many things in the air simultaneously: administration, research, and teaching; about responding to demands from above (every boss has a boss) and from below (colleagues and students). It is about work and family, people and events, space and funding, fun and misery, dizzying success and abject failure. Sadly, it is more about action than about ideas. It is also about being in deep water, hot deep water, most of the time.

For example, the day I became head of Minnesota’s Laboratory of Physiological Hygiene in spring of 1972, I was served with a malpractice suit. It was over a burn from a new and untested chest electrode situated smack in the “cleavage” of a young technician who had left the stinging electrode attached until she no longer felt discomfort. Then, 18 years later, on the day of my retirement as division head, I was served with another suit, this one claiming “gender discrimination” over a 4 percent raise I had awarded a young assistant professor after detailed comparative scoring, when the average faculty raise that year was 5 percent. For the years between these two traumatic and happily isolated events, in each of which I was exonerated, at least officially, you will learn in this memoir that it is fun — but that it isn’t always fun!

Certainly my professional memoir would be missing much of its essence if these turbulent, event-filled years were omitted or reduced to mere anecdote, either from laziness or cowardice on my part. Here I try, therefore, to write briefly and, I hope, honestly yet delicately about some difficult times and some painful events (and people), as well as the fun of the last 30 years.

The reader will recognize that the period was so tumultuous and the happenings so recent that they are not always treated dispassionately or in whole perspective. In consequence, this volume should be regarded neither as precise history nor as well-documented autobiography but rather as the continuation of a personal latter-day memoir. It is surely flawed. You are, nevertheless, kindly invited into the story, “It Isn’t Always Fun.”

It isn’t always sunny­ – even over Anna Maria Island 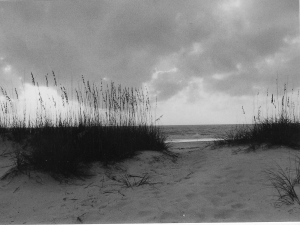