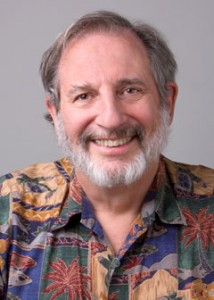 I think it is now clear that different fats differ in their functions, and students should know that at the outset of their careers. In this sense the old message to ‘reduce total fat’ was off the mark, but we accepted it for ‘public health reasons,’ according to Jerry Stamler (paraphrased):

“The dominant theme of the reduced total fat message was ‘reduce saturated fat’ because that is the dominant fat in Western cultures where the message was aimed. ‘Reduce total fat’ was an efficient media message that was only slightly off but would nevertheless benefit the public.”

It’s true that a public recommendation does not have to be completely logical, but this one results in people asking whether they should eat any fatty foods like olives, nuts, salmon, avocado, or coconut in the face of the authoritative low-fat advice. Indeed, despite the evidence for the health associations, some nutritionists still question whether olives or nuts are good for eating–simply because they are high-fat!

So, based on current knowledge, I think that we in public health have to fight that old message: ‘reduce total fat,’ and actively teach that it was wrong. And we should teach that an important role of any circulating compound derived from food comes from its metabolism; for example, lots of fatty acids, and desaturases and elongases, move fats metabolically toward less saturation and greater chain length within specified pathways. This is usually functional, which likely means favorable to health.

And we should also teach that the combination of chemicals in a food had a functional purpose, usually protective, in the life of the organism (plant or animal) that we now eat as food. In other words, there is a function and probably a survival value in the fact that fish have lots of long chain n-3 fatty acids (for their fluidity in cold water?); moreover, the rest of the chemicals in the fish are in harmony with those fatty acids. If they were not, the health and survival of the species would suffer. We maintain that this natural evolutionary harmony for fish is relevant to us, the fish-eaters!

In this context, for example, trans fat is not harmonized in the chemical structure of the organisms we eat (except in rare instances such as conjugated linoleic acid), which makes a trans fat food suspect, like an alien invader. Within the same construct is Artemis Simopoulos’ idea on the needed balance of 18:2 n6 and 18:3 n3 fatty acids (1).

Today’s enduring message to ‘reduce saturated fat’ is largely based on an elegant series of studies by Ancel Keys, his competitors, and his sometime collaborators. They showed clearly that saturated fat does indeed specifically and powerfully raise total serum cholesterol and the disease-encouraging LDL cholesterol level. Moreover, saturated and monounsaturated dietary fats raise ‘good’ cholesterol, HDL-C.

The problem with the simple interpretation of circulating cholesterol as a bad actor is that cholesterol in the body is a multifunctional molecule with tremendous importance both in its positive role (in cell membranes and in the genesis of steroids, etc. and in the acute phase reaction), but also in its negative role of filling foam cells and creating arterial plaques.

The argument that cholesterol exists in surfeit from cell synthesis, so can be dampened safely by diet or drugs without impairing its positive role, may be true, but that is only part of the picture. Cholesterol is metabolically highly responsive and correlated with lots of other things. For example, cholesterol is correlated with major fat-soluble antioxidant nutrients such as vitamin E. This may be because fat equilibrates over the body pool of fats, like water seeking its own level; therefore, when blood lipids go up, circulating vitamin E goes up, and vice versa.

Also, there are lots of other chemicals in the cholesterol-synthesis pathway, substances like farnesyls, campesterol, lathosterol. These too have functions and are correlated with serum and body cholesterol. And there are many things in the acute phase pathway (the body’s innate immune response) that are related to cholesterol and that change along with cholesterol levels.

Thus, in the early days, Ancel Keys did not go on to expose the whole picture of blood lipid and other responses to foods and nutrients, but turned his major energy toward the epidemiological evidence about “Diet-Heart.” He nevertheless was early in thinking that the primary contender for “best human diet” is the Mediterranean diet pattern. We recognize that any “diet pattern” is hard to define since it involves study of a composite effect of many meals followed up over a long period; and we eat foods and meals, not patterns. Nevertheless, the epidemiologic literature is rife with prospective studies in which people who are “prudent” in their general dietary choices (prudence typically incorporates many elements considered to be part of the Mediterranean diet) have more favorable health outcomes than those who tend to eat a “Western” pattern.

Based on “best current science,” we maintain that the elements of a “best diet” include a lot of plant foods, many of which are high in fat, such as olives, nuts, and avocado! Remember Ian Prior’s work with the South Sea Island Tokelauans who ate coconut as a main food. They had higher serum cholesterol than a neighboring tribe, Pukapukans, that ate little coconut, but the Tokelauans still had much lower serum cholesterol than the Keys Equation would have predicted. In fact, there is a lot going on in a nutrient-rich and plant-centered diet, in which diet fat is only a part of the story.

The last few years I have been focusing on a global explanation of “best diet” based on phytochemicals, many of which are xenobiotic (not naturally found) in the human body but work in concert and are healthful (2). This idea opposes explanations based largely on a given nutrient such as fat or carbohydrate, or on a particular functional measure such as the glycemic index.

I believe that the strongest findings leading to good public health recommendations (and to what students should know), are about diet patterns, based on time-tested traditional diets among populations with optimal health and our recent understanding of them.

Frank Hu of Harvard is one of the first to successfully derive a prudent diet from Harvard’s rich nutrition epidemiology data (3). A side note on the factor analysis used by Hu is that it forms patterns by examining correlations among food groups without reference to any external standard. These correlations relate consumer dietary choices with behavior, in the heartening possibility that the choices are based on scientific recommendations. The improved health associated with these dietary behaviors indicate that the science of dietary patterns is likely correct. Hu, DeLorgeril in his Lyon Study Diet, and Kromhout and Buijsse and I, and colleagues in the long-term findings of the Seven Countries Study, are working along this line: of the health effects of foods, and of an overall habitual eating pattern, rather than of specific nutrients.

In sum, the fat story is not a simple one. The development of early evidence for the diet-lipid-atherosclerosis hypothesis is interesting and important in the history of nutrition and health, but was, it turns out, misapplied in a way that encouraged reduction in total rather than specific dietary fats. Evidence now indicates that this was misplaced policy. (David Jacobs)