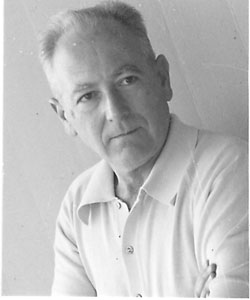 Toma Strasser was an early participant with colleagues, B. Djordjevic and S. Nedeljkovic, in the Serbian component of the Seven Countries Study and for years afterward headed hypertension programs at WHO in Geneva. He was educated at the University of Belgrade and directed the clinical laboratory at its Internal Medicine Clinic. He spent one year in the Laboratory of Physiological Hygiene in Minnesota in 1965.

While an officer with WHO, Strasser published widely on the epidemiology and prevention of rheumatic fever, arterial hypertension, and coronary heart disease, eventually becoming Chief Officer of the Cardiovascular Division. He named and disseminated the concept of “primordial prevention,” the idea of preventing high risk in the first place, as in populations of developing countries.

“Tommy” Strasser was a meticulous researcher, an effective administrator, and a leading policy figure in CVD prevention. He was highly regarded for his thoughtfulness, humility, industry, and soft-spoken manner. (HB)