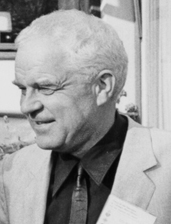 Sven Punsar was early involved in and central to the operations and analyses of the coronary disease epidemiology studies comparing East and West Finland; he had a long career in CVD epidemiology and prevention. He graduated from the University of Helsinki with an MD in 1953, was trained in internal medicine and cardiology at the Helsinki University Hospital and from 1957-1959 was a research fellow at the Laboratory of Physiological Hygiene of the University of Minnesota. Among other researches there, he was co-developer of the Minnesota Code for classifying electrocardiograms in population studies.

Finnish participation in the Seven Countries Study was led by Martti Karvonen who started field studies in 1956, after which Punsar became team leader. He also participated in the Helsinki Policemen Study and the Finnish Social Insurance Institution Study.

He received his DMedSc degree in 1980 from the University of Helsinki and was Lecturer in Epidemiology there from 1981-1986. He did his clinical work at the Department of Medicine of Laakso Hospital, Helsinki, as Associate Chief and then as Chief Physician from 1965 until his retirement in 1986. (KP)