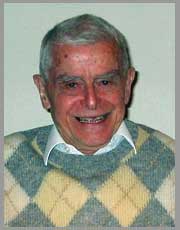 Jerry Morris qualified at Glasgow in 1934 and began his career in medicine as a house officer for cardiologist Thomas Lewis at University College Hospital, London. After several years of wide-ranging clinical experience, Morris specialized in public health, thereby disappointing his academic mentors, and worked as Assistant Medical Officer for Health in Middlesex until 1941. For the remainder of the war, Morris served in the Royal Army Medical Corps in India and Burma. During this time, he published several papers with Richard Titmuss on the epidemiology of heart disease and peptic ulcer, in which he demonstrated an early interest in the social factors that influence disease.

After the war Morris returned to London and put this broader interest into practice when asked to organize the Social Medicine Unit (SMU) of the Medical Research Council. As Director of the SMU, Morris led the unit’s cardiovascular disease epidemiological research and conducted landmark studies on the pathology of coronary disease and relationship between exercise and heart disease. In 1996, these contributions were recognized when he and fellow researcher Ralph Paffenbarger were awarded the first International Olympic Committee Prize for Sport Sciences. His later contributions were mainly in social medicine, on health disparities by social class, when he became a major player and a leader for the social responsibility of equitable care.

Morris remained well and active, lecturing, writing, and walking to the Underground for his commute to the London School of Hygiene and Tropical Medicine until the end of his life. (HB)

Please click here for a description of the London Transport Workers Study.