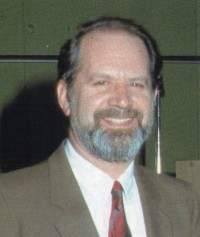 Menotti is the Italian pioneer in cardiovascular disease (CVD) epidemiology, serving as principal investigator of the Italian component of the Seven Countries Study and its Rome Railroad Study, and of the European Multifactor Preventive Trial of coronary heart disease (CHD,) and as Italian Coordinator for MONICA.

Menotti, native of the Lake of Garda Northern Italy, received his MD from Rome and was trained in Cardiology at Turin and in Pathology at Rome, then attended the London School of Hygiene’s Statistics and Epidemiology Courses. His PhD in Health Statistics is from the University of Rome.

In the early 1960s, during a period as Internist at the Government Hospital of Tripoli Libya, he became interested in the study of chronic disease in populations. In 1962, through the intervention of Ancel Keys’s Rome collaborator, Vittorio Puddu, he was recruited to the Seven Countries Study staff as Research Associate at the Laboratory of Physiological Hygiene, and supervised field operations of the study over the following decade. He was appointed Project Officer for coordination of the study in the 1970s at Henry Blackburn’s assumption of Keys’s chair at Minnesota.

As Research Director in Chronic Diseases Epidemiology at the Italian National Institute of Public Health, he continued active collaboration with the Seven Countries Study and in 1994 became adjunct professor with regular visits in the Division of Epidemiology, University of Minnesota.

His collaboration with Minnesota and with Daan Kromhout at the Dutch National Institute of Public Health in the Netherlands provided the systematic collection of follow-up data and leadership in the study’s international pursuits.

Menotti’s research has focused on risk characteristics and CVD trends, on the prediction of long-term CVD and non-CVD mortality, at different ages, from entry risk factors and their changes over time. He developed new multifactor risk coefficients appropriate to European populations, indicating the over and under-estimation of absolute risk using universal risk factor coefficients such as those of the Framingham Study. This was evidence that other factors were operating in different population event rates at the same multi-risk factor score.

Menotti’s career is characterized by development of highly sophisticated and productive Italian teams in epidemiology and prevention research, by his quietly effective collaboration with the first generation of CVD epidemiology investigators such as Vittorio Puddu and Ancel Keys, and by his intense and innovative approaches to the major questions about the causes, prediction, and prevention of cardiovascular diseases. (HB)