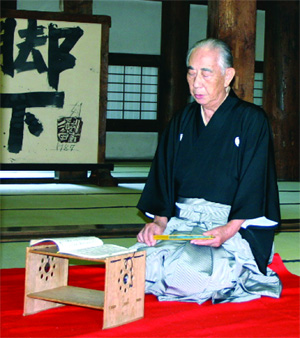 Yoshio Komachi is a pioneer of Japanese CVD and chronic disease epidemiology. He received his MD in 1952 from Osaka University and made most of his career at the Osaka Medical Center for Cancer and Cardiovascular Diseases and in the Osaka Institute of Public Health, he instituted a new community medicine program with the formation of Tsukuba University in the 1980s.

His major contributions started early with mass screenings begun in 1956 by Teishiro Seki in Osaka, extended later by Komachi to neighboring Yao and then to Akita province where the unique characterizations of CVD in Japan emerged: hypertension, traditional Japanese diet and cerebral hemorrhage in rural areas contrasted with low fat diet, low cholesterol and low coronary disease rates and by rural-urban differences in stroke rates. The screening examinations were made systematic by Komachi and he extended them to formal cohort studies, concluding his innovations with major community intervention programs focusing on lifestyle, hypertension, CVD, and cancer.

In both Osaka and Tsukuba, Komachi launched many careers in chronic disease prevention. He held the highest offices in Japanese public health professional societies and carried on an active exchange of students, faculty, and programs with the United States.

In retirement, as his photograph suggests, Komachi enjoys reading and meditation, but he remains an active senior adviser to the Osaka Medical Center for Health Science and Promotion, comfortably combining observational science with medical and population interventions. (HB)