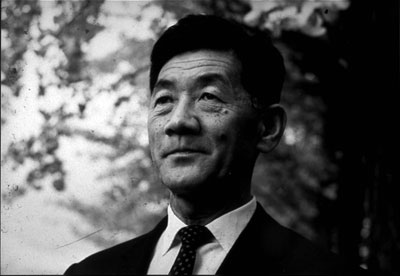 Noboru Kimura of Kurume University in Kyushu was one of the first academic clinicians anywhere to look at environmental causes of heart disease and risk in populations outside the clinic. He was one of Ancel Keys’s earliest collaborators in population comparisons of the Seven Countries Study.

Kimura was a pioneer in geographic pathology as well as CVD epidemiology. He early sought out U.S. investigators to impress upon them the frequency of stroke and rarity of heart attack in Japan. He advanced hypotheses about the role of low fat, low protein, high salt diets to explain the different CVD picture in Japan. On stage at the World Congress of Cardiology in Washington, D.C. in 1954, with Ancel Keys, Paul White, Jerry Morris and Gunnar Biorck, he participated in an historic panel about population differences in cardiovascular risk that brought CVD epidemiology into mainstream cardiology.

Kimura has been influential in Japanese prevention research through independent studies and collaborations. He has also trained and exposed many young Japanese physicians to the distribution of cardiac diseases in natural populations and the potential for their prevention. His influence persists in the academic institutions and programs he built in southern Japan. “Nobu” was indefatigable, a constant optimistic presence at international conferences and survey sites, a demanding but positive taskmaster. (HB)

Please click here for a description of the Seven Countries Study in Japan.