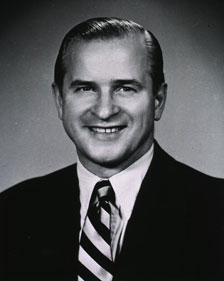 Hilleboe served many direct and facilitating roles in CVD epidemiology at the beginning of the field. He received his MD from the University of Minnesota in 1933 and an MPH from Johns Hopkins in 1933 and was Chief Medical Officer of the Minnesota Department of Social Welfare from 1934 to 1942. He then joined the US Public Health Service, becoming Assistant Surgeon General in 1946, with principal responsibility for the Tuberculosis Program.

After leaving the USPHS post-war, as New York State Commissioner of Health, he set up the Albany Cardiovascular Health Center. This pioneering cohort study was precipitated by Governor Thomas Dewey losing five of his department heads or cabinet to coronary deaths, calling on Hilleboe to “take all steps necessary” to protect his remaining top executives. The Albany Study was also a direct outcome of Hilleboe’s broad comprehension of the Epidemiological Transition, yet recognition of the need for knowledge of “natural history” and of basic causes and mechanisms prior to launching control campaigns among the public.

He spoke of CVD when he editorialized: “When large segments of the population are affected, when the costs become overburdening, when the social and economic aspects overwhelm the families involved, the health department has the right as well as the responsibility to concern itself with a health problem of this magnitude.” 1. Hilleboe was among the first health officers nationally to insist that state health departments take steps to reduce the CVD burden (in other words, get with the transition to non-communicable diseases!)

In addition to his pioneering role nationally in public health aspects of heart disease, Hilleboe was centrally involved with conversion of the American Heart Association to a public agency in 1948. He was also a strong guiding counselor to the new World Health Organization from its beginnings in 1948 to 1974. (HB)