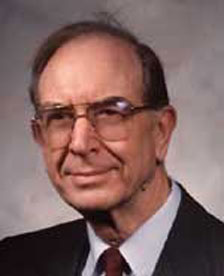 Ian Higgins, British-American pioneer chronic disease epidemiologist, received his medical degree from London Hospital and joined the Medical Research Council unit at Cardiff under Archie Cochrane. There Higgins began a long career centered on cardiopulmonary diseases related to occupational exposures, environment and behavior. He was described by colleagues as being much more sympathetic than most to devising and using quantitative, reliable, and valid survey questionnaires and instruments during the origins of CVD epidemiology and made early and particular contributions to survey methods. His research contributed to understanding the effects of smoking and environmental pollution on diseases in youth, workers, and the elderly.

Higgins remained an international figure in epidemiology after immigrating to the U.S. in 1963, holding positions at the University of Pittsburgh, the American Health Foundation, and the University of Michigan. He was highly admired as an experienced teacher, whose lectures were described by Michigan colleagues as “salted” with wry humor.

He lived until his 2006 death with his epidemiologist wife, Millicent Higgins, in Ann Arbor and California. (HB)