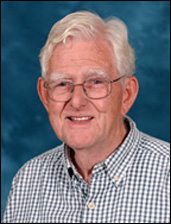 Victor Hawthorne was born in Glasgow and educated at Glasgow University and its hospitals. He became involved with screening procedures in World War II which took him into epidemiology. He has had a long and notable career, starting out as investigator of the Renfrew and Paisley survey and cohort study of cardiopulmonary disease risk in Scotland. His researches have contributed to understanding of nutritional and behavioral factors and environmental effects on health, having shown a special interest in diabetes and its management and complications, in microalbumninuria and renal function including end-stage renal disease. He more recently was co-investigator of POPADAD, a randomized trial of anti-oxidants and aspirin in prevention of diabetic vascular complications, and the Women’s Pooling Project.

Professor Hawthorne has spent many years between the University of Michigan, where for 8 years he was Chairman of Epidemiology, and Scotland, where he is senior research fellow in the Department of Community Medicine. He still actively plies careers in both places.

For several years in the early 1980s he was chair of the NIH Epidemiology and Disease Control Study Section, which reviewed all grants for CVD epidemiology. Gentlemanly in the chair, courteous, self-deprecating, but shrewd in judgment and fair in process, Victor enlightened his colleagues while he led them to sound decisions. His wit, with its particular ethnic turn and Scots brogue, along with his profound wisdom, gained him the respect and affection of all who worked with him. His toughness, tempered in the Burma-Indochina theater in the Great War, served him well during contentious times in academia, while he directed the study section and as he chaired the program in epidemiology at Michigan.

Stanley Garn, his Michigan collaborator, quotes Hawthorne in a devastating comment on multivariate and meta-analysis. Victor apparently had labeled, with characteristic wit and candor, the over-use and mis-use of these arcane methods, which have so taken epidemiology and biostatistics, as, “Fur coat and na’ drawers!” (HB)

Please click here for a description of the Renfew/Paisley (Midspan) Study.