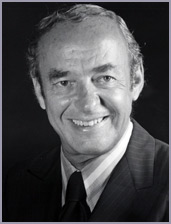 Edward David Freis pioneered clinical trials in hypertension. Born in Chicago, he was educated at the U. of Arizona and Columbia University College of Physicians and Surgeons and served in the US Army Air Force. He joined Robert Wilkins as a cardiology fellow in Boston where he began the earliest studies of drugs to reduce blood pressure, finding that pentaquine and veratrum were effective but only at toxic, intolerable levels. After joining the staff of the VA Hospital in Washington he collaborated with the tuberculosis trial experts to plan systematic studies on ganglion blockers and eventually diuretics and vasodilators in the therapy of severe hypertension. The first randomized, placebo-controlled, double-blind, multicenter VA trial was carried out with diuretics from 1964-69 and demonstrated that heart failure, stroke, and total deaths were significantly reduced by therapy. This and subsequent trials earned him a Lasker award and stimulated Mary Lasker to recommend the National High Blood Pressure Education Program to Elliot Richardson,. It became a successful nationwide campaign for hypertension awareness, screening, and treatment. During the next two decades, public awareness of hypertension’s role in heart disease and stroke increased three-fold, and mortality rates from those diseases dropped dramatically.

Freis continued to direct cooperative studies on hypertension and to advocate the treatment of the condition, and conducted clinical trials on new hypertension drugs such as the beta blockers (which slow the heart rate) and angiotensin-converting enzyme (ACE) inhibitors (which block the production of angiotensin II, a hormone that causes blood vessels to contract). He also participated in many national debates about how and whether to treat mild hypertension and whether salt intake was important.

By the mid-1980s there were growing concerns about the use of diuretics in hypertension treatment, specifically the danger that they might cause potassium depletion and induce dangerous cardiac arrhythmias. Some critics argued that with all the new antihypertensive drugs available there was no need to use “obsolete” drugs like diuretics. Freis had long recommended diuretics–which were safe and inexpensive–as the first step in hypertension treatment, alone or in combination with other drugs. Later Freis’ position was vindicated by the ALLHAT (Antihypertensive and Lipid Lowering Treatment to prevent Heart Attack Trial) study (1994-2002), which showed that treatment with diuretics controlled blood pressure better, and was significantly better for preventing cardiovascular disease events, when compared to treatment with ACE inhibitors, calcium channel blockers, or alpha-adrenergic blockers. In 1985 the National Conference of High Blood Pressure Councils established the Edward D. Freis Award in his honor.

Freis retired in 1987, and was working on a second hypertension book for a popular audience when he died in Washington at age 92. (HB)