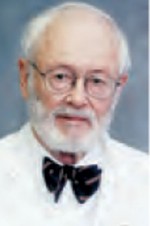 Joe Doyle was educated at Harvard College and got his MD in 1943 at Harvard Medical School, with subsequent training in medicine at the Boston City Hospital and in physiology at Emory. He joined the faculty of Albany Medical College in 1952 and was soon appointed director of the Cardiovascular Health Center that had been commissioned by Herman Hilleboe as State Health Commissioner. This was one of the pioneering prospective studies in CVD epidemiology and, by linking with Framingham data to enhance the sample, they were together able to develop early evidence of smoking, other risk factors and behaviors, and electrocardiographic predictors.

Doyle directed the division of cardiology for many years at Albany, where he spent his entire career. He was an early leader in CVD epidemiology, serving on AHA committees and as Chair of its Council on Epidemiology. Invited to join the early cultural comparisons in Italy made by Ancel Keys and Paul White in 1954, he found domestic comparisons more fruitful.

Shortly before he died, he was celebrated for 50 years of contributions to cardiology and to the Albany Academic Health Center.