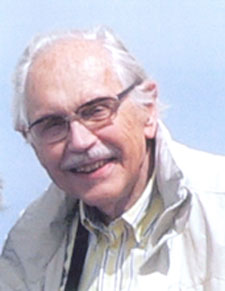 Egbart Dekker is a Dutch cardiologist who, after some years of practice and research, became Medical Director of the Netherlands Heart Foundation (NHF) where he was a driving force in CVD epidemiology and prevention internationally from 1971-1986. His academic pursuits at Wangeningen University involved asthma and pulmonary physiology and cardiac arrhythmias, in which his awareness developed of the burden of CVD and the relatively small influence a practitioner can have on that burden. This led to his subsequent preoccupation with preventive cardiology and public health promotion.

Dekker pioneered in professional and public education on CVD risk factors and lifestyle strategies of prevention at the individual, group, and population level, along with efforts to enhance training, cardiac rehabilitation, and research funding. He states: “It seemed obvious from the start that medical science, epidemiology and the science of human nutrition had to be the scientific backbones of public education and other measures in the promotion of healthy life styles” (Dekker 2010).

After a visit to the U.S. at Framingham, Minnesota, and Chicago on invitation of the American Heart Association, he launched his European studies, organizational efforts, and public campaigns. “The findings of these three great men (Kannel, Keys, and Stamler) on a variety of risk factors and more specifically the famous Key’s Equation on the relation of saturated and unsaturated fats and cholesterol in the diet to blood cholesterol levels guided our public education efforts. . .The stop-smoking message met with relatively little resistance from the profession, although in those days a sizable proportion of cardiologists and general practitioners continued to smoke, even in their practice. The dietary advice, however, was actively resisted both by the agrarian sector and by some members of the cardiological community” (Dekker 2010).

Dekker and the NHF gave substantial support to the diet-lipid studies of J. Hautvast at Wageningen University, “a scientific bridgehead in the midst of an agrarian community,” and “fed these results into the media as part of the public education campaign.” He brought O.S. Miettinen into a national training effort to develop epidemiological methods and hosted the International 10-day Seminar in CVD Epidemiology.

“My managerial function with the Netherlands Heart Foundation gave me an opportunity to contribute to the postponement of death from cardiovascular disease on a national scale that as a clinician I could not have dreamed of.” (ibid.) After a productive return to academic medicine and “outcomes research” he retired. (HB)