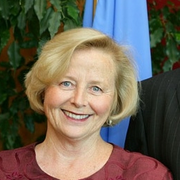 Ruth Bonita and her husband Robert Beaglehole have had central roles in CVD and NCD epidemiology since the 1960s, making contributions in elucidating CVD risk factors with special leadership in tobacco, salt, diet and lipids, multifactor risk, non-communicable disease (NCD) distribution and trends, and life-course epidemiology. Consolidating their basic contribution in a popular text “Basic Epidemiology,’ they early evolved to a global view of public health, the social and economic determinants of disease, and issues of efficacy, equity, and sustainability of public health promotion, propounded in their recent book, ‘Public Health at the Crossroads.’

Ruth Bonita was trained in the U.S. and New Zealand and is Emeritus Professor at the University of Auckland, New Zealand. From epidemiologic contributions to the distribution, trends, causes, and prevention of stroke, she early moved on to broader interests in cardiovascular disease prevention and surveillance at the population level.

She served as Director of Surveillance in the Noncommunicable Disease Cluster at the World Health Organization, Geneva, from 1999 to 2005, where she also worked in the office of the Assistant Director General, Evidence for Information and Policy. While at WHO she took a leading role in international stroke surveillance with the WHO MONICA Project.

Currently, her interests are in international prevention and surveillance activities in low and middle income countries with the impact of NCD on families, communities, and health systems. She is a member of Advisory Board of the Aging and Life Course Program at Umeå University, where in 1996 she was made Honorary Doctor of Medicine. She is co-director of International Pubic Health Consultants along with Robert Beaglehole. (KR & HB)