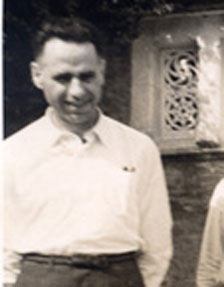 Christ Aravanis was educated with an MD and PhD at the University of Athens and had specialty training at the University of Chicago, subsequently directing the cardiology program of Athens’s University Hospital and Evangelismus Hospital. He was among the first academic cardiologists to interest himself in the relation of lifestyles and diet to coronary disease and to propose unique populations to Ancel Keys for study in the Seven Countries Study.

Aravanis recognized the relative absence of coronary disease in the Greek Islands along with their eating pattern of moderate fat levels, predominantly olive oil. He met Keys at a Chicago Heart Association meeting in the early 1950s, and went on to lead the pilot survey in Crete in 1957 and the long term follow-up studies in Crete and Corfu, in collaboration with A. Dontas and other Greek colleagues.

The findings in Greece were central in stimulating international interest in “The Mediterranean Diet,” and in extensive research on the role of monounsaturated fats and anti-oxidants in lipid metabolism and atherosclerosis.

Aravanis continues to support the now-40-year follow-up of the Greek cohorts and practices cardiology in retirement. (HB)